“The work is a protest to Protecting Freedom of Conscience From Government Discrimination Act. The Act allows for discrimination against gay marriage despite the Supreme Court ruling of Obergefell v.s. Hodges, which allows gay marriage in all 50 states. Our piece focuses on sections two and three, these sections allow those in authority to not solemnize a marriage license among other discriminatory acts against marrying couples. Included in this legislature, refusal to make floral arrangements, dresses, and pastries, or the rental of assembly halls, wedding venues, and vehicles. Also, these two sections allow religious organizations to refuse adoption of children, fostering of a child, rental or purchase of goods, and hiring of persons on the basis of sincerely held religious beliefs or moral convictions… Our thought process revolved around concerns of LGBTQ+ rights and Mississippi’s seeming abandonment of freedom for all citizens with regard to the act mentioned in our previous statement. We want to show how although things have gotten better and marriage is technically legal, there are still legislative decisions that discriminate against the LGBTQ+ community.”

This piece was performed by MK Bozeman, Ninette Hickey, Natalie Noebel, & Allison Othmani + many other Millsaps students in the ceremony and audience.

and some images of Vanessa Beecroft’s performance work:

Throughout the semester we have investigated multiple ways of using our bodies, voices, and environments to create cohesive performance art pieces. For our final project, you must create a performance piece that takes place on Wednesday, April 27 (Reading Day). Your performance can consist of any form or shape and the focus is up to you. However, the only caveat is your performance must be held in a public space, open to an audience’s intervention or your intervention into an audience’s space. Consider carefully what materials, uniform, process etc are necessary to convey your unique concept. In order to help clarify your ideas before your performance, you must write an artist statement about your performance and post it on your blog by MIDNIGHT EXACTLY Monday, April 25. Your documentation is due by the beginning of our final meeting time, which is Monday, May 2 from 2-4PM. “Beuys flew to New York, picked up by an ambulance, and swathed in felt, was transported to a room in the Rene Block Gallery. The room was also occupied by a wild coyote, and for a period of 8 hours a day for the next three days, Beuys spent his time with the coyote in the small room, with little more than a felt blanket and a pile of straw. While in the room, the artist engaged in symbolist gestures, such as striking a triangle and tossing his gloves to the coyote. At the end of the three days, the coyote, who had become quite tolerant of Beuys, allowed a hug from the artist, who was transported back to the airport via ambulance. He never set foot on outside American soil nor saw anything of America other than the coyote and the inside of the gallery.” Source. “Beuys covered his head first with honey, and then with fifty dollars worth of gold leaf. He cradles a dead hare in his arms, and strapped an iron plate to the bottom of his right shoe. Viewed from behind glass in the gallery, the audience could see Beuys walking from drawing to drawing, quietly whispering in the dead rabbit’s ear. As he walked around the room, the silence was pierced by intermittent sound of his footsteps; the loud crack of the iron on the floor, and the soundless whisper of the sole of shoe.” Source.

For our last set of presentations, here’s a round up of contemporary artists working with performance. I look forward to your presentations on Wednesday, April 20! Bruce Nauman “Walking in an Exaggerated Manner around the Perimeter of a Square” 1967/68. Source.

We will continue to look at intervention, politics, and performance through the next four artist’s work! Your next presentation is on Wednesday, April 13. 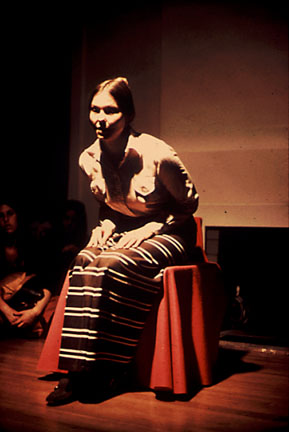 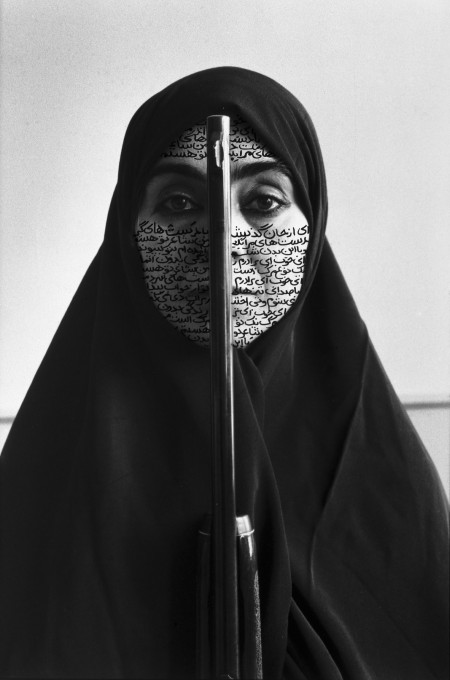 After reviewing all of the manifestos below, please have at least one manifesto of your own written and posted on your blog for class next Monday, April 18. With this next batch of artists, we’ll be delving into performers who displace normativity and/or intervene into daily life. Your research presentations should be ready by the beginning of class on Wednesday, April 6.

Datong Dazhang “I See Death” 1998. Photograph taken by Kristen Tordella-Williams from his retrospective at the Power Station of Art. The boundaries between art and what most people term “real life” have blurred drastically since the Modern era. Artists are constantly toying with what it means to live one’s life as art. Andy Warhol’s famously recalcitrant personality is a perfect example of an artist whose identity merged completely their artwork. Other artists, such as Linda Montano, Tehching Hsieh, James Lee Byars, and Adrian Piper, deliberately used their work to expand boundaries or question identity as it relates to performance, art, and everyday life. These artists have lived their lives as a work of art in progress.

You will spend one day next week as an art/life performance. This could range from wearing a body extension to performing a constant action. The choice is up to you. You must perform this piece during the week of April 11-15 (Monday-Friday). You will make a detailed schedule of when and where you will be on that day and post it by class time on your blog on Wednesday, April 6. The performance must last from the moment you wake up to the moment you go to bed. Be sure to properly document the performance, whether through friends, self-portraits, video, or ephemera and post your documentation on your blogs by the end of the week. 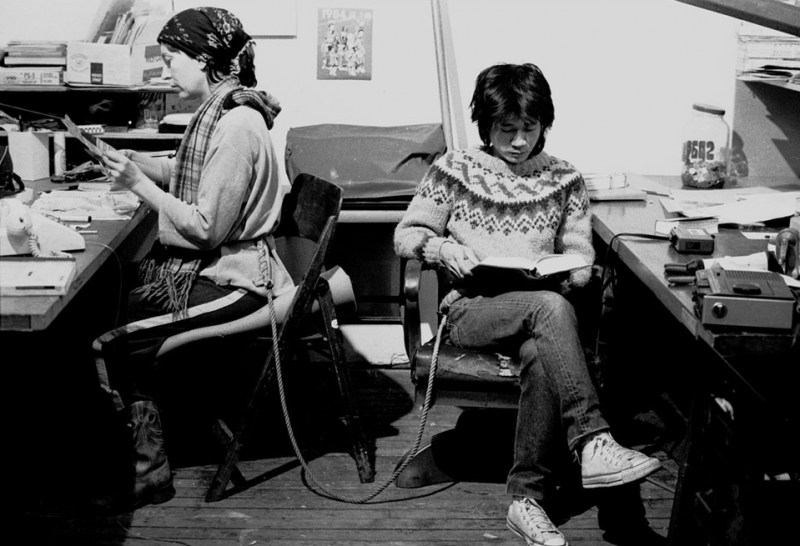